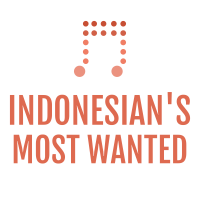 This review was originally written in Indonesian. Via Google Translate:

Actually, whether we realize it or not, as the years go by, most of us are more interested in exploring the album or music released by the latest year. Supported by the proliferation of review articles, recommendations, and music promotion channels that are more inclined to recommend the latest albums, indirectly focusing our attention entirely on the latest album catalogs. I think our space and time are getting narrower to go back to digging for old releases that haven’t been on our personal playlists at all. Especially when we feel comfortable and don’t want to leave the music that has been our favorite for a long time. It feels like we have to think twice about whether we are willing to leave our comfort zone for uncertainty.

I remember very well that ‘A God or an Other’ was one of the bands that became my first practice reviewing an album. Written on a small notepad, I wrote that their ‘post-black metal’ tagline should be removed from the metal archives page. Until now, when I re-listen to this album, that opinion has not changed at all. Since countless copycats of Deafheaven and Alcest have appeared, blackgaze is often associated with the texture of black metal music but has a melancholy and gray feel to the extraction of shoegaze musical elements.

Highlighted moments in this album also seem to be divided into 2, sometimes the texture of the music is more atmospheric, as if acting as a storyteller, who narrates expressions and emotions through musical textures. On the other hand, the musical elements sound more witty, and brutal as if the recipient of the story receives the emotional consequences of turmoil when listening to a terrible story. Unfortunately, ‘Chaotic Symbiosis’ became the last chapter of this Seattle band. Because ‘A God or an Other’ disbanded in the same year, when this album was released.