Here’s some amusing, interesting, insightful, or useful internet stuff I discovered in February, March, and April of 2017. 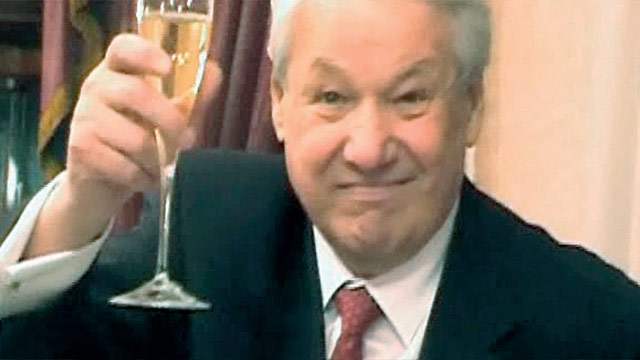 Yeltsin Drunk. In His Underwear. Hailing a Cab.
politico.com/blogs/on-congress/2009/09/yeltsin-drunk-in-his-underwear-hailing-a-cab-021553

To begin, here’s a short but interesting article. The information within comes from secret interviews conducted with Bill Clinton at the end of his administration. The article contains two amusing anecdotes regarding former Russian president Boris Yeltsin, who was found in the middle of the night on the street in Washington DC, in his underwear, drunkenly hailing a cab. He just wanted a late-night pizza.

King of the Hill animation help

King of the Hill Animation Rules

As an avid King of the Hill fan, I find these slides fascinating. They are a small selection of the rules and guidelines with which animators worked to keep the show consistent. These are little details the average person will never notice, but they add up to a consistent final product that is very cohesive and, in this case, realistic.

These types of decisions add up. A focus on realism suits the point of the show as a whole. Mike Judge wanted everything like textures, perspective, and windows to be sensible. To make the feel match a live action show shot on-location, the “camera” perspectives are set as though it’s a real camera in a room, not like most cartoons or even like a set on a soundstage. They took this level of detail down to getting things like the time correct on a character’s wristwatch in every scene.

It’s a good way to work through art in general, to make rules to work by (and occasionally break them for effect). It begets a lot of creativity and a consistent end product. 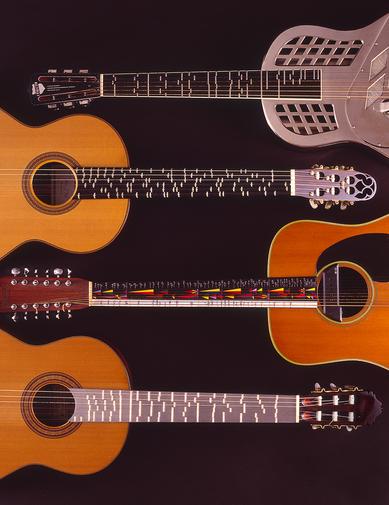 These are self adhering extra frets that you can add onto your guitar in order to play music that utilizes microtones. They’re dirt cheap and are not permanent, so they allow a lot of flexibility in experimentation. They can be used to add a very eastern flavor to a person’s guitar playing, as these intervals are traditionally found in forms of Indian, Turkish, and Persian music, among others.

And to further solidify that I am interested in the possibilities of microtonal composition (if 6 entries on my blog so far regarding microtonality didn’t give it away), we have a forum post where someone came up with a method of playing 24edo on a standard guitar without requiring any modifications.

I’ve been very interested in 24edo since I first heard Jute Gyte’s Perdurance. Jute Gyte utilizes guitars with double the normal amount of frets, with an extra fret added exactly halfway between each existing fret. As far as I know, there’s only one luthier out there who makes these necks with any regularity: Ron Sword of Metatonal Music. The problem is that the price is too high for someone who is merely looking to briefly dabble with the idea. This is a good solution for those people.

The system proposed in the forum post is simple and elegant. Instead of tuning the guitar’s strings fourths apart like in standard tuning, the strings are instead tuned half-fifths apart. This interval is also known as a “neutral third.” This is the note 50 cents between the minor and major thirds that most musicians are familiar with. This interval is not available in a conventional tuning. It allows for some interesting tonal possibilities.

An art project that answers a question everyone has asked at one point or another: “What if life was packed to the brim with beans?‘

[Video contains strong language. If you are at work or around children, you probably won’t want to play this video.]

This is a classic YouTube video that I just rediscovered. For those unfamiliar with speedrunning, the idea is to beat a game or certain level of a game as quickly as possible. There are huge online communities where people obsess over every minute detail of specific (often decades-old) games, trying to figure out strategies (“strats”) to improve current world-record times. It can take many years of dedicated study and practice to improve a world record time by one single second. From the YouTube description:

Ryan Lockwood’s narrated replay of his record-tying 1:12 Streets Agent run with subtitles. He’s narrating his run over stream to a 50+ audience, shortly after achieving it. It was the first time he or anyone else watched the run.

Hundreds know Ryan Lookwood from his Twitch stream; dozens others have met him at our annual meetup. There are a lot of, um… idiosyncratic dudes that take to speedrunning, and Ryan Lockwood is no exception. He’s an intense dude, in short.

Ryan is the second person to achieve the time of 1:12 on this level. Normally record ties aren’t big news, but Ryan hit this time before getting 1:13. This is absurdly unlikely. 1:12 is one of the most frame-for-frame maxed times in GoldenEye, first accomplished by Marc Rützou in 2012, a player whose [sic] made a name for grinding hard to break/set records that are daunting to match. With 20+ people sharing the old record of 1:13 in early 2012, the prospect of 1:12 was a popular debate in the forums. A $100 bounty was posted for anyone who could get this time–legitimately–and after weeks of attempts, Marc won the “race”. Only a few have shown serious intentions (or even interest) in matching the feat since. Technically, Ryan isn’t among them, as 1:13 was his goal. But you’ll see in the video that he had a good sense of what was on the line toward the end of his run.

The nuances of “modern” Goldeneye speedrunning may be hard to detect, but the novelty of this run’s unlikeliness should not be. A 1:14 run Streets is probably a 1 in 20 event, with respect to Lockwood’s ability. A 1:13 absolutely requires something random (see: RNG) — the presence of a grenade launcher guard. Let’s call 1:13 a 1 in 500 event. A 1:12 run leans on “RNG factors” even more, also requiring at least 3 “boosts” from gunfire (getting shot in the pack [sic], pushing you ahead slightly). Let’s suppose 1 in 10,000 odds for 1:12, in which case you can probably expect dozens of 1:13 runs before achieving 1:12. Think of this like a statistical outlier in a distribution plot — perhaps a few hundred data points between 74.0 and 75.0 seconds, thousands between 74.0 an [sic] 76.0, and one 72.9.

More information about this feat and just why this guy was so pumped can be found in this video.